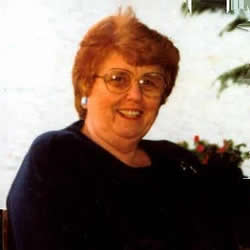 The family of Marjorie White sadly announces her passing on Monday, March 13, 2017. Marjorie is survived by her sons, William (Bill), Jack and Paul and their spouses and grandchildren.

Marjorie came to Toronto to become a nurse and she was among the first to graduate from Toronto Western Hospital following the War. While in training, she met her husband, (the late) William (Bill) White, a former member of the Governor General’s Horse Guards Cavalry Squadron. They shared a lot of adventures together over their 50 plus years of marriage. Bill passed away in 2006 but “She had a good life with lots of love and happiness.”

A memorial reception was held at York Funeral Centre on Sunday, March 26, 2017.

Memorial donations may be made to the Alzheimer’s Society of Canada or to the Heart and Stroke Foundation.

On behalf of all members of the Regiment, who fondly remember both Bill and Marjorie, we extend our deepest sympathies to their children, Bill Jr., Jack and Paul.