In 2013, the Governor General’s Horse Guards Cavalry and Historical Society commenced the Memorial Project.  The Memorial Project is a multi-year mission to memorialize in Canada and abroad the accomplishments of the Regiment, and all those veterans who served and sacrificed for Canada.

Dating back to the early 1800’s, and as outlined in other parts of this site, the Governor General’s Horse Guards was formed through the amalgamations of various Regiments and units over time.  The intent of the Memorial Project is to recognize the efforts of all those that served the various units that the current day regiment has the privilege to perpetuate or is directly associated through its contribution of soldiers and officers to the defense of Canada. 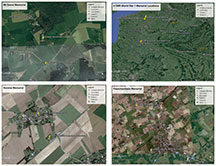 From the outset, the Memorial Project had the following key objectives: