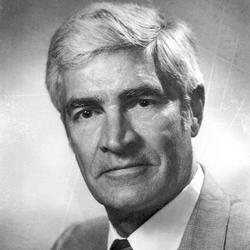 Over the past two years, the COVID pandemic has resulted in limited contact with many members of the Association and so today, we acknowledge the passing of LCol John B. Stirling, a long-time Member of the GGHG Association. John was born on May 24, 1930, in Lachine, Montreal, Quebec to John Stirling and Emma Ashworth who emigrated from Rochdale, England to Montreal in 1927. John passed away at Oakville Trafalgar Memorial Hospital in Oakville, Ontario on November 18, 2021.

John and Irene especially enjoyed their home and garden and walking their dogs in the nearby Rattray Marsh in Mississauga; BBQs with Caesars by the pool; canoeing and camping in Algonquin Park; favorite trips to India and Germany; and visiting family in England, Scotland, Norway, and the West Coast. John was a member of the squash gang at the Ontario Racquet Club (ORC) and enjoyed many Thursday nights there with friends. John was a lover of history and was actively involved for many years in the 78th Fraser Highlanders and became Lieutenant Colonel of the York Garrison. This passion also led him to become a Member of the Governor General’s Horse Guards Association.

Universally admired and respected for his kindness, intelligence, sense of humor and ‘stiff upper lip’, John will be missed by all who were lucky enough to have him in their lives. Up until the time of his brief hospitalization with pancreatic cancer, he lived independently and enjoyed an active social life. John enjoyed close relationships with special friends and the family thanks them for their love and support during John’s illness.

John had a rich life that was well lived as a great father, husband, and friend and he leaves a lasting legacy. A private family service was held.