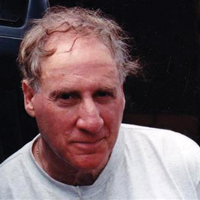 July 5, 1931 – October 7, 2021
Served briefly as an officer with the Governor General’s Horse Guards in the late Sixties

Peter Guy Silverman, died peacefully at Moira Place, Tweed, on October 7, 2021. Born in 1931, he was too late for either World War, but still longed to serve. Rejected by the Royal Canadian Air Force for lacking 20/20 vision, Peter went through Army Officer’s Training in Alberta before joining the Royal Horse Guards in London. He was then trained by the SAS and sent to fight in Cyprus. He survived being wounded in battle, only to become a paratrooper with the Royal Engineers Airborne.

He couldn’t fly planes, so he jumped out of them. Peter channeled his lifelong love for adventure and desire to contribute into an eclectic and wide-ranging series of careers. He worked as a foreman with the crew laying the railway line to Wabush Lake in Newfoundland and Labrador, and drove a bulldozer during construction of the M1, Britain’s first four-lane highway. He was one of the workers extending the London Underground, where he lost a finger saving a crewman’s life.

Above the street, Peter earned a Masters in Military History from U.B.C., and his Ph.D. from the University of Toronto. He also worked in advertising in both London and Toronto, and taught History at the U of T’s Scarborough Campus. This was where he met his wife, Frances Burton, Ph.D. They married a year later and had twin daughters: Alexis and Leah. But in Ontario, Peter was best known as a news reporter at Global TV and then as consumer advocate at Citytv.

At Global, among his most significant contributions was his news series on the harm it would do to expand the Pickering Airport. The public reaction resulted in the appointment of Arthur Maloney, the first Ombudsman for Ontario. Peter also exposed Ontario puppy mills, which helped change legislation to protect dogs from this kind of abuse. Peter took on the Ministry of Health, who were denying medicine to Canadians suffering from Fabry disease, since the disorder is rare and the treatment expensive. Because of Peter, Canadians with Fabry have access to a life-saving medicine and can live normal lives. Peter’s investigating also shut down phony charities which were exploiting children who were “selling chocolate” but receiving no compensation. He kept investigating on children’s behalf even after leaving Global, writing two books on the challenges and failures of the Canadian Children’s Aid Society. These became standard fare in sociology courses. But soon enough, Peter found a new home at Citytv, where he was best known for his work as the Ombudsman for CityPulse News. The team of Silverman Helps fielded about 20,000 calls a year from desperate consumers. Peter was their white knight on camera, fighting against the government, corporations or fraud.

Among the Silverman Helps news stories which meant the most to him were exposing John Jassem’s fraud. Jassem had stolen money meant to be used to install an elevator for disabled children at the Driftwood School. Through Peter’s advocacy, the elevator was installed free of charge, giving the students full access. He then worked on bringing the Merkley triplets home from Mexico, where their mother had taken them without their father’s consent. Peter and his Silverman Helps team won the Radio Television Digital News Association’s Edgar Murrow Award, and the Gold Award and World Medal from the prestigious New York Festival, for producing the world’s best news stories. Silverman Helps was also nominated for two Geminis, and Peter received recognition for his work from the Toronto chapter of the Association of Certified Fraud Examiners, as well as the Toronto Police. He was honoured with the RTNDA Lifetime Achievement award in 2009. For his life’s work making Ontario a better place, Peter was appointed to the Order of Ontario in 2009. The honour was bestowed on him by his former student, Governor General David Onley. Years earlier they had worked together to get the first residences built on UTSC’s campus. Peter Silverman helped long before Citytv made him famous for it, and his endeavours took his altruism around the world. In South Africa, he aided victims of Apartheid in finding employment, and helped build homes. He went to Ethiopia with The Adventist Development and Relief Agency (ADRA) and built a bridge and restored and repaired schools and hospitals in Rwanda after the genocide. In Nicaragua, he was part of the Bicycle Project, built schools, and wired a hydro project funded by the Canadian Government.

In 1998, in Honduras, he initiated, organized and coordinated a major housing project for victims of Hurricane Mitch. At 78, he was still helping, and built homes in Haiti for . He was a board member of Save A Child’s Heart, Toronto, the Canadian Organization for Tropical Education and Rainforest Conservation, and Chair of the Aphasia Centre for North York. In 2012, Peter received the Queen’s Diamond Jubilee Medal for his volunteer work with NGOs. Peter never forgot about his roots with the military. While at Citytv, every year he honoured the sacrifices of Canada’s servicemen and women, telling their untold stories during Remembrance Week. He worked to keep Frederick George Topham’s Victoria Cross in Canada. At the age of 75, he recertified his jump wings by leaping from a C130 Hercules.

He was a decent, caring man, and will be sorely missed as a friend, husband, father and grandfather. The funeral and service will be held privately by the family. In lieu of flowers, the family would appreciate donations to any of these organizations: Covenant House, , Yonge Street Mission, The Nature Conservancy or Wildlife Conservancy of Canada, The War Amps, The Heart & Stroke Foundation, Save A Child’s Heart Toronto, ADRA Canada, and Hope for Dementia.