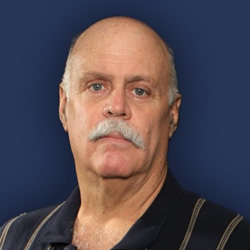 With sadness, we announce the passing of MCpl Glen Shevlin at Markham Stouffville Hospital on May 1 at the age of 58. Glen is well remembered by those who served in the Regiment during the late 70’s to early 80’s and over the years he still maintained his friendship with Horse Guards from that era. He was a former Cadet and served as an instructor on recruit and Cougar courses.

Glen was a long-time resident of Markham who attended Markham District High School and was also a member of the Unionville Curling Club. He was a very popular employee of the Turf Crew at York Downs Golf and Country Club.

Family and friends will be received at the DIXON-GARLAND FUNERAL HOME, 166 Main Street North (Markham Rd) Markham, on Monday May 7th from 1pm until time of the service in the chapel at 2:30pm. Reception to follow.

He is survived by Patti (nee Douglas) his wife for 24 loving years and to her, we extend our deepest condolences at this time of loss.

Cremation has already taken place and in lieu of flowers, donations to the Markham Stouffville Hospital Oncology Clinic would be appreciated by the family.