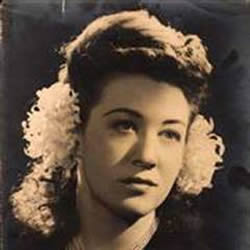 It is with deep sadness we announce the passing of Anne Goldman, wife of the late Harold Avrom Goldman, WWII Veteran and Past-President of the GGHG Association Anne passed away on Friday, November 23, 2018 at Valleyview Residence at the age of 94.

Born in Toronto on January 26, 1924, to Louis and Toby Weidman, she was the mother and mother-in-law of Heather and the late Robert Kaplan, Louise and Ken Hill, and Cheryl Goldman and Barbara Goldman.

On behalf of all Members of the Governor General’s Horse Guards Association, I would like to express our deepest condolences to the members of the Goldman family.