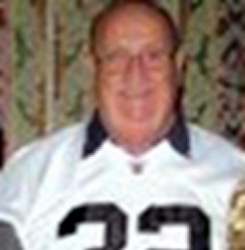 It is with sadness that we announce the passing of Lieutenant Colonel Robert “Bob” Ivan Weinert on Friday December 19, 2014 at North York General Hospital, with his family and friends by his side. His career spanned from serving with the Canadian Armed Forces, to his work in Human Resources with BP Oil Ltd. and the East York Board of Education.

Bob served with the Governor General’s Horse Guards and was 2 IC of the Regiment, to LCol Peter Hunter, when he was transferred to Montreal with his company and subsequently took command of the Canadian Grenadier Guards in Montreal. He was one of the first post-war officers to join the Regiment and is remembered by some as a mentor and a kind caring man who put his principles into action.

Bob’s personal life encompassed volunteering with Scouts Canada and serving 22 years as President of his Condominium Corporation. He also enjoyed golfing, travelling and throwing a great party! He is survived by his children Michael (Rose-Mary), Brian, Bruce and Margaret Ann (Margriet).

In lieu of flowers, donations in Bob’s memory may be made to the Heart & Stroke Foundation or the  Canadian Cancer Society.

On behalf of all Members of the Governor General’s Horse Guards Association, I offer our deepest condolences to his family at this time of loss.