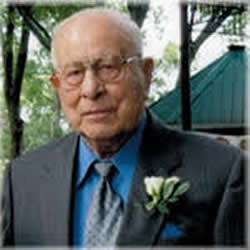 It is with sadness we report the passing of GGHG WW II Veteran Robert ‘Harold’ Wayte at the John M Parrott Centre, Napanee on Thursday, August 11, 2016 in his 93rd year. Harold served with the Regiment 1942 – 1946 and retired from Celanese Canada after 31 years.

Funeral service and interment took place on August 15 in Napanee and donations in memory of Harold to Parkinson’s Foundation or John M Parrott Centre, Napanee would be appreciated by the family.

To Mary and her extended family, I offer deepest condolences on behalf of all members of the GGHG Association and we honour Harold’s service to Canada and the Regiment.