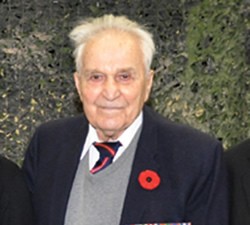 At a time when we celebrate the 70th anniversary of the Liberation of Holland we mark the passing of yet another of our Veterans whose service contributed to the end of that conflict. In the early hours of Friday June 19, 2015, GGHG Veteran  Harry Wasylycia passed away peacefully at the age of 96 in Elmira Ontario. Harry was a fervent Horse Guard and nothing made him happier than to reminisce about his military service. Towards the end of his life, he really enjoyed watching the flash mob video of the GGHG Regimental Band  and as recently as a week before his death, he listened carefully to a reading of the Regiment’s history. Harry’s background was Ukrainian and he was one of thirteen children in his family who hailed from Manitoba. With the Horse Guards, he saw service throughout Europe and it was in Assen, during the Liberation, that a young Dutch girl named Klazina caught his eye. Following the War, they were married for 67 years and raised a family in Winterbourne, Ontario. Sadly, she passed away in January of this year. 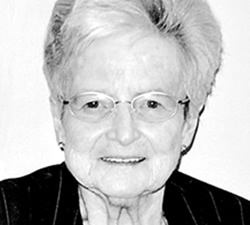 Harry was a regular attendee at the annual Memorial Dinner but due to failing health, his last appearance was in November 2012 and he was accompanied on that occasion by three of his six children and was one of seven Veterans there that evening. On behalf of all members of the Regimental Family, I offer our deepest condolences to Elizabeth, Mary Ann, Judy, Andy, Neil, Nancy and all their families on their loss at this time.