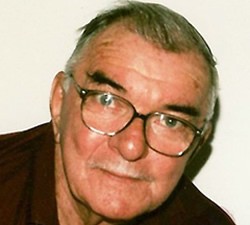 PACEY, Tpr Robert Lawrence – WWII Veteran Served in Italy and North Africa with the Governor Generals Horse Guard. Passed away at the Brockville General Hospital Charles Street Site on Wednesday April 30, 2014 at age 91 years. He is survived by his children Robert Pacey, Catherine Carson (Robert) all of Brockville and Theresa Metcalfe (Robert) of Kingston. A funeral service was held at BARCLAY FUNERAL HOME in Brockville on Friday May 2nd, 2014 followed by Interment at St. Francis Xavier Cemetery.

On behalf Members of the Governor General’s Horse Guards Association we, the members of the Executive, offer our deepest condolences to his family on their loss.

In memory of Robert, donations to the War Amps would be gratefully acknowledged by the family. Messages of condolence may be sent on line at www.barclayfuneralhome.com