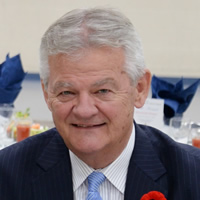 It was last Thursday that many of us received the sad news of the passing of Trooper Dennis Moir on Wednesday September 8 at Sunnybrook Hospital, following complications from brain surgery.

Dennis served with the Governor General’s Horse Guards in the early seventies as a Trooper in the Cavalry Squadron and rode in many of the escorts. Over the years, he has quietly supported the Regiment in many ways, and though anonymously, they are quite visible to all. With his experience gained from 46 years of working for the Mount Pleasant Group of Cemeteries, Dennis has been instrumental in the creation of the plaque on the tank at the north side of Denison Armoury and the brass Horse Guard statue at the front entrance. He was also influential in having the GGHG tank monument in York Cemetery painted and the installation of the brass plaque there, as well as the creation of the Victoria Cross Memorial in the Cemetery in 2017.

As a member of the Governor General’s Horse Guards Association, Dennis attended many of our functions and was last at our 2018 Memorial Dinner. He was a devoted and long-time volunteer with Polo For Heart and the Etobicoke Sports Hall of Fame and leaves behind a fleet of aging vehicles and vessels, including a new vintage Harley-Davidson and two boats that will miss his passion for detailing.

Dennis is survived by his wife Marina and his sons Thomas and Cameron and to them we send our heartfelt condolences.

Private cremation has taken place. Due to Covid-19, a memorial gathering will take place at a later date and notification will be posted on the GGHG Association website.

Donations can be made in Dennis’s name to the Heart and Stroke Foundation of Canada.