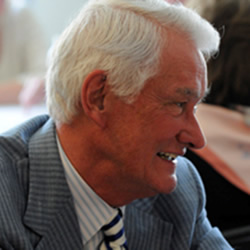 Earlier this week, we learned that Mr. Wallace McCain, the husband of our former Honourary Colonel, Margaret McCain, passed away on May 13 at age 81 after a 14-month battle with pancreatic cancer.

The GGHG Association offers its deep and heartfelt sympathy to Col McCain and her family and our thoughts and prayers are with them during this time of loss.