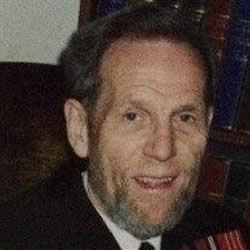 It is with sadness we announce that during a very brief period of palliative care and shortly after celebrating his 95th birthday, Jack MacQuarrie passed away on Jan. 10, 2021 at Markham Stouffville Hospital. He was a decorated WW II and Korean War Veteran.

For many years, Jack played trumpet, trombone, euphonium and/or tuba in various community and military bands, including the Regimental Band of the Governor General’s Horse Guards, in the Greater Toronto Area for more than a half century. Since September 2006, he has been the Bandstand  columnist for the Wholenote music magazine, covering the activities of community bands.

As a veteran of WWII, he was highly respected and acknowledged, along with his military family at the very active Uxbridge Legion. His gift for story-telling and sharing jokes will be remembered by many friends, former colleagues and band-mates.