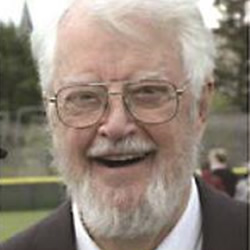 We have recently received news of the passing of yet another GGHG Veteran and Member of the GGHG Association. Major Alan Judd, who served and was wounded in Italy during WW II, died on August 31, 2013 in Winnipeg Manitoba just weeks short of his 96th birthday. He was a five-year (1940-1945) combat veteran in The Governor-Generals Horse Guards, rising to the rank of Major. Following the war, he worked for the Royal Bank, Huron College at UWO, the Anglican Church Diocese of Rupertsland, and sang in choirs throughout his entire life.  He also held the position of Canon in the Anglican Church. He is survived by his four children Peter, Stephen, Mark and Rebecca, his seven grandchildren, and his second wife Lynda Wolf. On behalf of all Members of the GGHG Association, I would like to extend our deepest condolences to his family on their loss.