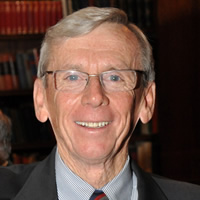 There are few who better exemplify the ideal of what it means to always be a Horse Guard, than Chief Warrant Officer (Ret’d) Scott Johnstone.  Sadly, we have learned that Sott passed away suddenly on Tuesday September 15 in Vancouver, while indulging in what many have described as his passion, golf.

Scott joined the Governor General’s Horse Guards as a Trooper in 1964 and attained the qualification of Warrant Office he rose to the rank of Chief Warrant Officer and became the Regimental Sergeant Major and following his tour as RSM, was appointed District Sergeant-Major (DSM), for London Militia District (LMD).

Scott’s association with the Horse Guard runs very deep, having been introduced to his wife Rose by her brother Dave Mezzabotta at one of the many social functions in the Junior Ranks Mess back in the late sixties. They were eventually married in the Warrant Officers and Sergeants’ Mess at the old Denison Armoury in 1970. So proud was he of his GGHG Association membership that  he always insisted on paying his dues whenever he attended the annual Cavalry Luncheon at the RCMI and he has remained a member to the very end.

To Rose, their daughter Kimberly, Dave and all of the extended family, on behalf of the GGHG Association and all those who served with Scott in the Regimental Family, I send our  deepest condolences as you grieve his passing.

As details regarding a memorial become available, they will be posted on the Association’s website.