In May of 1944, the Governor General’s Horse Guards entered the Liri Valley, southeast of Rome, Italy, to join the fight against Nazi Germany.  This was the first test of combat for the Regiment during the Second World War and the first under the GGHG cap badge.  The battles of Liri Valley, Melfa Crossing, the Gothic Line, Lamone Crossing, Misano Ridge, Fosso Munio would test the mettle of the Regiment during the Italian Campaign before it moved to Holland to continue the fight.   The Regiment left 61 fallen by the time it left Italy in early 1945.

75 years later, the Regiment returned to Italy to retrace its footsteps in the Italian Campaign.  From May 16th to May 26th, 2019, over 80 members of the serving Regiment, Association and Regimental Family were guided by our very own 98-year old veteran, Trooper Ed Stafford and his family through all the key battlefields, cemeteries and monuments that mark the time of the Regiment in Italy.

The trip was blend of experiences and emotions for all those that participated. After landing in Rome the group toured this amazing city, full of history, culture and fun.

Following their time in Rome, the group moved southeast into the Liri Valley to start walking the ground of the Regiment’s time during the war.  In Aquino, Italy, the group dedicated the first of two monuments to the Regiment.  They walked the Liri Valley with our knowledgeable local guide Gianni Blassi and learned about the Melfa Crossing, battle of Monte Cassino and the push through the Hitler Line.

Leaving the Liri Valley, the group traveled towards Adriatic and the town of Ortona.  After learning the details of the liberation of Ortona by the Canadians, the group was able to enjoy a little downtime to savour the tastes of Italy with wine tastings, seafood dinner and a dip into the beautiful Adriatic for a few brave souls.

Moving northward, the Regiment learned first hand from Trooper Stafford of the difficulties the Regiment faced breeching the Gothic Line.  After a day of reflection and an opportunity to drop poppies in remembrance to those Horseguards that fell at the Moro River, it was on Ravenna and Villanova.

The time in Ravenna was fast and furious for the group.  A memorial dedication in Villanova, a civic ceremony in Cervia and an informative tour by local guide, Mariangela Rondenelli marked the groups time learning about the Lamone Crossing, Fusso Munio and Misano Ridge.

After a busy 9 days, the group moved to Venice before their returning to Canada. The week was an unquestionable success for the GGHG Cavalry and Historical.  It gave the Regiment not only an opportunity to retrace and remember an important part of our history but also the chance to enjoy the friendship and cultural delights of the Italian people. 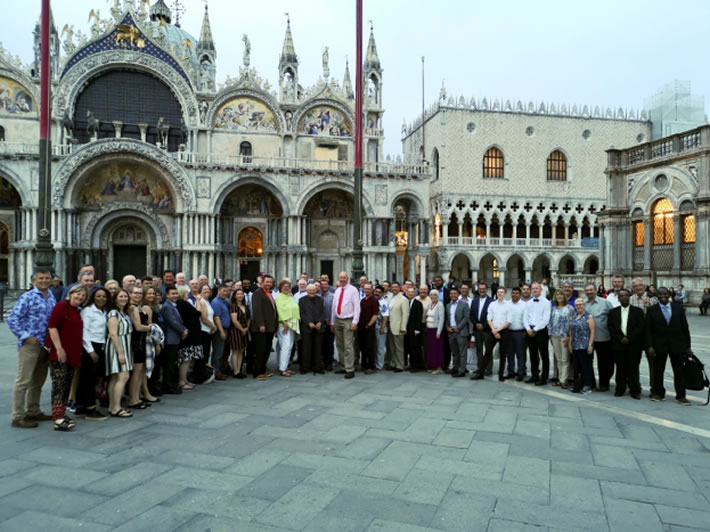 The GGHG Cavalry and Historical Society would like to thank all those that participated in, supported and sponsored this important Regimental event. A special thank you to all our sponsors but specifically the Labour’s International Union of North America (LiUNA!) as patron of the trip and notably to Joe Mancinelli, Danielle Mariani and the entire LiUNA contingent that joined the trip. Finally, we would like thank Ambassador Bugailikis and Colonel Tom Endicott for the tremendous support by the Canadian Embassy. Thank you.