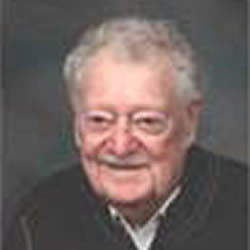 Born in Newport, Wales on January 26, 1923 to Olive Mary (Lomus) Griffin and Philip George Griffin, Mick grew up in Toronto, Ontario after coming to Canada in 1925.

He joined the 48th Highlanders of Canada in 1936 and enlisted in 1940 in the Governor General’s Horse Guard, the regiment with which he served throughout Word War II. Upon his return to Canada in September 1945, he tried civilian life for a short time, then re-enlisted in the Royal Canadian Electrical Mechanical Engineers in December 1946. He retired from the Army as a Sergeant Major in July 1968.

After leaving the Army he worked in a number of positions in the field of technology in both private and public sectors. Throughout his post-service life he maintained close association with the military through membership in the Governor General’s Horse Guard Association, Royal Canadian Electrical Mechanical Engineers Association, Army Navy Air Force Association and the Royal Canadian Legion. He was especially proud to be a D-Day Dodger.

On behalf of all Members of the GGHG Association I extend our heartfelt sympathies to Jean Margaret (Jo); his wife of 70 years and their sons Bruce (wife Patricia), Brian (wife Linda) and Philip (wife Brenda).

As expressions of sympathy, memorial donations made to St. Peter’s Anglican Church would be appreciated by the family.