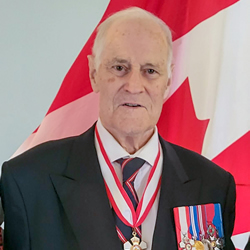 It is with sadness, we learn that our former Honorary Colonel, Bill Graham, passed away peacefully on Sunday August 7 at age 83, after a period of illness. His passing will be deeply felt by many, since his last public appearance was as recent as the Trooping of the Standard on May 1st.

Colonel Graham was not only a skilful politician, having served as Minister of Defence and Foreign Affairs, but also a lawyer and law professor and a little-known fact is that he also served in the Naval Reserves.

As details of his funeral arrangements become available, they will be shared with you.