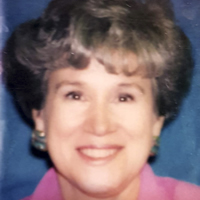 With today’s inclement weather also comes the sad news of the passing of Mrs. Florence Forbes yesterday, at the age of 88.

Florence,  fondly nicknamed “Flip” by close friends, was the wife of the late LCol Harold Forbes, former Commanding Officer of the Governor General’s Horse Guards for three (1970-1973) of the thirty-three years he served with the Regiment. Col Forbes passed away in 2006 at age 75 and after meeting as teenage sweethearts, he and Florence shared 55 years of marriage. with four children, Leonard, Cindy, Brenda and Janette and an extended family of grand and great grandchildren.

Following the death of her husband, Florence was often an attendee at various regimental functions, accompanied by daughter Cindy, a Life Member of the GGHG Association and former member of the Regiment. The resemblance between mother and daughter was often a topic of conversation whenever the two appeared together.

On behalf of the members of the GGHG Association and the many in the Regimental Family who still fondly remember Florence, I extend our most sincere condolences to Cindy and all of the extended members of the Forbes family on the loss of their loved one at this time.