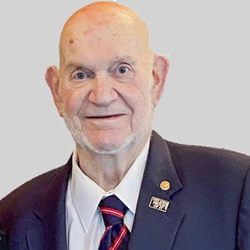 Today is another sad day for the Governor General’s Horse Guards as we announce that MWO Jim Fisher passed away earlier today (August 21, 2022) in the Barrie Hospital after a prolonged period of Illness. He was 79 years old.

Although Jim had Joined the military in 1962, he transferred into the Regiment as a Corporal in 1964  and was a life-long Horse Guard, retiring in 1997 and until a few years ago, served as the Membership Chairman for the GGHG Association. To many who served with Jim over the years, he will be remembered as an imposing figure, standing over six feet tall but at heart, was more of a teddy bear. As the Senior NCO  in charge of Regimental Stores, Jim was in the unique position of being able to meet and deal with every soldier in the Regiment and for many young soldiers, he was also their instructor for the Iltis driver training.

Outside of the military, Jim’s other passion was motorcycles and in later years, he made the transition to the three-wheeled machines for the touring he enjoyed with his like-minded friends. His last public appearance was at the Celebration of Life for CWO Johnstone last October and one last chance to see many with whom he had served through the decades. To his wife Margaret, I extend our deepest condolences on behalf of the Regimental Family.

A funeral service will be held this Thursday (August 25th) following which, there will be a funeral lunch