At the end of May and beginning of June 2016 the Governor General’s Horse Guards returned to Europe to mark the 100-year anniversary of the entry of the 4th Canadian Mounted Rifles into World War 1. The GGHG Cavalry and Historical Society organized and sponsored the trip to commemorate the efforts of the 4th CMR which is the World War 1 battalion that was formed in Toronto by the Regiment and for which the GGHG perpetuates to this day. The trip included over 60 members of the Regiment and Regimental Family and Friends, including 35 member of the serving Regiment that were funded by the Society with the assistance of our generous sponsors.

The trip was a historically overflowing adventure for all those that were involved. After landing in Paris, the group immediately departed for the beaches of Normandy. While not part of the WW1, this important Canadian historic site was well worth the diversion in order to remember the efforts of so many Canadian and allied soldiers that fought for the liberation of Europe during the Second World War.

Leaving the beaches of Normandy, the group traveled northeast towards the battlegrounds that defined the First World War. Under the direction of our superb guide, supported by local historical experts, the group, over the following seven days, was immersed into the history of the 4th CMR and Canada during the war. The group visited important historical site including the Canadian National Memorial Park at Vimy, the underground caverns at Carriere Wellington Museum, Tyne Cot Cemetery and the numerous Canadian National memorials including Le Quesnel, Dury, Bourlon Wood, Passchendaele, St Julien and Mt Sorrel. 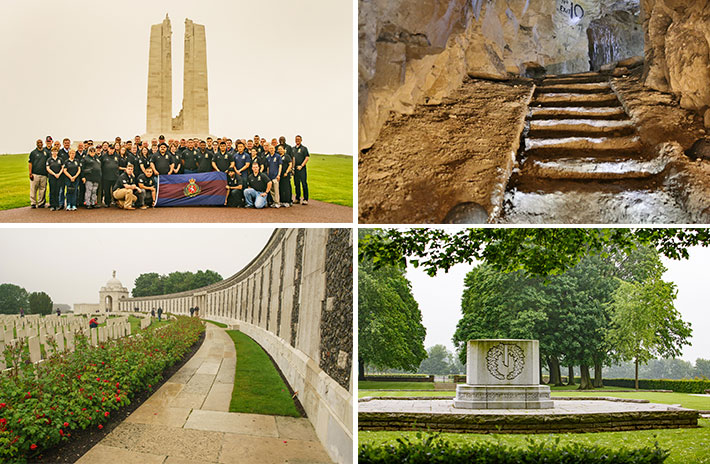 An important highlight of the trip was the dedications of two Regimental memorials commemorating the Battle of Mt Sorrel and the Somme Campaign. On June 2, 2017…100 years to the day from when the 4th CMR first entered combat in World War 1, the group was privilege enough to participate in the nightly ceremony at the Menin Gate in Ypres, Belgium. This ceremony which is held every night by the Last Post Association remembers all those who served and sacrificed for the allied forces in World War 1. Those serving members of the Regiment were on parade and the GGHG Trumpet Major was honored with the chance to play ‘O Canada’ during the ceremony.

After a busy 9 days, the group returned to Paris before their return back to Canada. The week was a resounding success for the GGHG Cavalry and Historical Society both in terms of having the opportunity to participate in the commemoration of the Regiment and Canada’s effort during the 100 year anniversary of WW1 and to dedicate our regimental memorials on such important historic milestone dates. 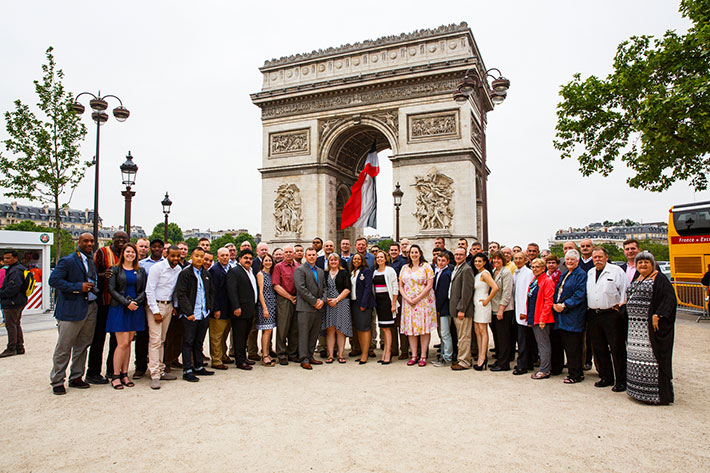 The GGHG Cavalry and Historical Society would like to thank all those that participated in, supported and sponsored this important Regimental event. A special thank you to HCol Bill Graham as patron of the trip, Steve Douglas of the Maple Leaf Legacy Project (http://www.mapleleaflegacy.ca/wp/) for his tireless efforts to secure memorial locations and Ian Forsdike who built and maintains the 4 CMR website (http://www.4cmr.com/index.htm). Thank you