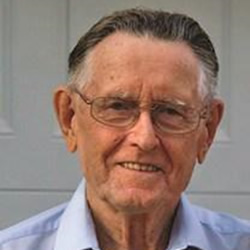 It is again with sadness we announce that GGHG WW II Veteran, James “Jim” Edwin Archer passed peacefully on Monday, May 20th, 2013 at Port Colborne General Hospital in his 89th year. As a member of the Governor General’s Horse Guards, Jim served with the Regiment in Italy in World War 2. He is survived by his children Brent (Pam) and Diane, grandchildren Daryl (Ashley) and Sherry McIntyre (Donnie) and great-grandchildren Victoria, Owen, Emmett, Teegan, Mikaela and Carson.

A celebration of Jim’s life was held HULSE & ENGLISH FUNERAL HOME & CHAPEL in St. Catharines on  Saturday May 25th.

On behalf of all members of the Governor General’s Horse Guards Association, I offer to Daryl, Sherry and all of the Archer family, our deepest condolences at this time of loss.