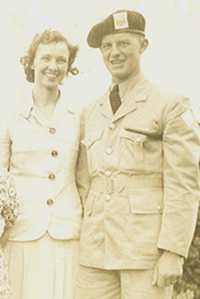 My name is Monica and my grandfather fought in WW2. His name was Walter Elliot Lee and he passed away about 12 years ago. He was such a lovely man!

He never told us any stories about the war, but I know he was a part of the Governor General’s Horse Guards and fought mainly in Italy and the Netherlands, being a part of the Canadian forces that helped liberate the Netherlands. I am told he was either in B or C squadron and was in charge of tanks.

I know this might be a long shot, but I was wondering if there was any information on him that may be in any historical documents? Or anyone alive who fought alongside him that I would be blessed to be able to speak to? 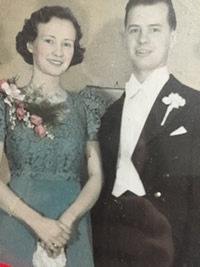 We are a homeschooling family and we are compiling a history of our family. We would be honoured to find out anything else about my grandfather’s role.

I would LOVE to hear stories about what he did or to hear from those he fought alongside. I’m determined to know anything I can find out, as there isn’t much we know. I want my children to know the important role of their great-grandfather and the bravery from which we came.

If there is any way you are able to help or can pass me along to someone/some place that can, it would be so greatly appreciated!